Peterbilt keys up till now have been very easy to duplicate. A while back a customer that works for our local Peterbilt dealer came into our shop for a spare key to one of their 2013 Peterbilt 220’s.  The keys were significantly different than the 2012 and down vehicles and we noticed that the key had a transponder chip in it!  These types of vehicles almost always don’t have chips in them BUT in Europe these types of trucks all have chips in them.  It was only a matter of time before the ones here in the US do too. 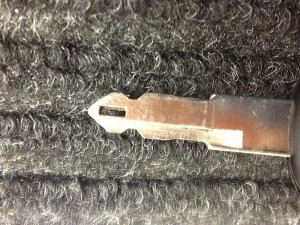 The 2012+ Fuso box trucks have transponder chips in the keys as well.  Unlike the Fuso trucks, the new Peterbilt trucks don’t seem to utilize the chip.  So, the good news is that if you need a spare key to one of these vehicles it’s quite a bit cheaper!  If you are not in the Kansas City area and drive a 2013+ Peterbilt truck with keys like the ones shown, ask your locksmith to cut your keys onto an X147 (RN30) key.  This key is a plain metal key used on old Renault vehicles. 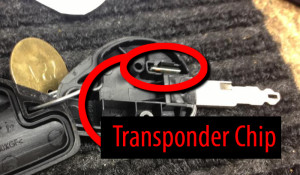