A Short History of the Ford PATS 1 System

Ford began putting transmitter-responder or ‘Transponder’ chips  into their keys in 1996 with select models. This system was called the Passive Anti-Theft System (PATS), and quickly became a standard feature.  Ford owners on the PATS 1 system can program in their own keys if they follow the correct procedure and have at least 1 pre-learned key.  This method of programming is referred to as On Board Programming or OBP.

Vehicles on the Ford PATS 1 system include: 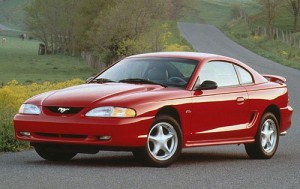 The procedure to learn in a duplicate key can be found inside your vehicle’s manual.  If you buy the key from us we will program a duplicate in for you at no extra cost. If you have lost all keys to a PATS 1 vehicle you can program in a new master yourself as well after purchasing the correct transponder key that is properly cut to fit your vehicle.  Only PATS 1  vehicles can be originated using an on-board procedure, all other models with a transponder chip inside must be programmed with a scan tool if all keys are lost!

How to add a duplicate key to a PATS 1 vehicle:

Note: When you turn the key to the ‘ON’ position you do not start the vehicle.

How to originate a key into a PATS 1 vehicle:

Note: This process takes a minimum of 45 minutes to complete.  It is strongly advised to connect to a secondary power source such as a trickle charger to power the battery for this procedure.  It is easy to get distracted while doing procedures like this, we advise you to set a timer (like the one that is standard on most smart phones) for 15 minutes to alert you so you do not miss your opportunity and have to start all over again. 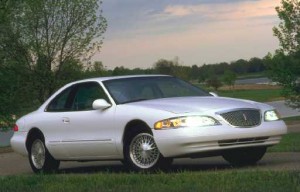 Second Note: Although it is not on the Ford PATS 1 system list, the 1997 Lincoln Mark VIII has been reported to have the exact same key learning procedures. The Lincoln Mark VIII is the only Ford vehicle in the United States that used the Steering Column Illumination Module or SCIL system and a typically un-readable Motorola Chip inside of the key.

For more on-board key programming procedures like these visit ProgramAutoKeys.com.