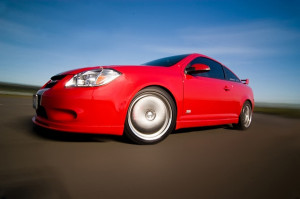 If you drive a General Motors vehicle with the standard key (as opposed to the new laser cut style keys) there is a key recall going on.  You’ve probably got a letter in the mail about it already in fact. Basically here is what’s going on:  People have a LOT of key chains and other keys on their key ring.  That weight is hanging on the key while it’s in the ignition and it’s causing a lot of wear on the key and the ignition switch. So much so that it’s leaving people stranded out wherever they happen to be when the ignition decides to break!

Are you guilty of having a janitor-like key ring full of 20 keys?  Are you a 16-year-old girl with every Hello Kitty or ‘Princess’ key chain known to mankind? Stop it! Grab your keys and find your car key.  Pinch the key at the tip using your thumb and pointer finger and let your keys hang down.  It’s heavier than you thought isn’t it!  That’s what your ignition is putting up with every time you drive your car. It’s holding that weight the entire time and even during bumps and pot-holes.

General Motors is fixing this by issuing a set of new keys with much smaller key holes.  They’re doing this to try to keep the weight centralized with the blade of the key.  They also are supposed to coach you on not having other keys with your car key.  We have the perfect solution for this!  It’s called a detachable key ring. When you start your car with the key, simply detach the rest of the keys and place them in the cup holder. Bingo, the car key is all by itself not slowly breaking the ignition and you have only spent a few dollars.