Volkswagen (VW) and Audi vehicles are a part of a larger collection of vehicle manufacturers called the Volkswagen Audi Group (VAG).  The main brands in the VAG that you see commonly are Volkswagen (VW), Audi, Porsche, SEAT, and Skoda. Other high-end brands associated are Bentley, Bugatti, and Lamborghini.

At this time we mainly cover VW and Audi keyed type vehicles. We can make you brand new keys and get you back on the road for a fair price. Did you know we cut and program transponder chip keys? We specialize in it! Give us a call if you have lost your last key or simply need a spare. Don’t feel forced to pay expensive dealership prices, give us a call for a quote!

VW and Audi have been around quite a while. LOTS of older VWs are still on the road or have been converted into dune buggies.  If you need keys copies or made from scratch for your classic VW, give us a call! 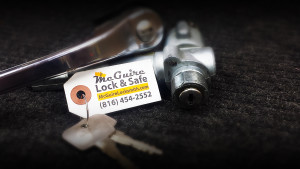 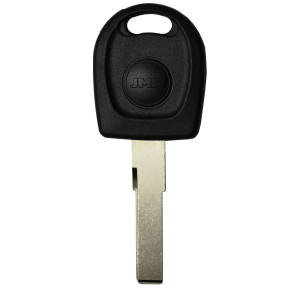 Starting in 1998 VW started using laser cut ‘Sidewinder’ keys.  We specialize in cutting these keys! Starting in 2000 VW started using transponder security devices in their keys as an added security measure.  VW and Audi keys often come in the very distinctive ‘switch blade’ style of key.  When you press the release button on the fob, the key will pivot out of the remote housing. (If you have one of these, you will likely play with the flip key often as it is super fun to do!)

If you own a newer VW or Audi and have looked for someone to make your spare key you will likely have a hard time doing so as hardware stores and even a vast majority of locksmiths avoid them like the plague because they are ‘SCARY’!

If you think your only option is the dealer, think again!  If you’re after a spare key or if you’ve lost your last key, give us a call!  We have a great coverage list of VW and Audi vehicles!

Generation 1 systems are not found in the US. 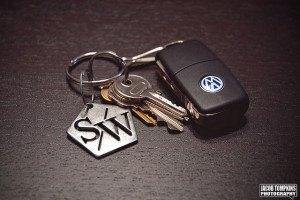 Generation 2 systems were in 2000 – 2003 MY (Model year) vehicles. These systems have a transponder chip inside the key and requires a 4 digit PIN number to gain access to key learning procedures.

Generation 3 systems were in 2003 – 2005 MY vehicles. These systems added more coding to distinguish a VW chip from an Audi, SEAT or Skoda chip etc.  Mostly the change in these vehicles is the addition of the CAN or Controller Area Network inside the car.

Generation 3A systems were in 2006 – 2009 MY Vehicles. These systems added CS (Component Security) into the system and a 5 digit PIN number. The major problem with this generation of VW and Audi is the fact that a factory ordered key is needed OR a laborious procedure must be done to properly code the chip inside the key so that it will be accepted by the car.

Generation 4 systems are from 2010 – 2012 MY vehicles. You would think that these systems would be much harder to get a key programmed for but in this instance you’d be wrong. Gen 4 systems are WAY easier to make a duplicate key for than Gen 3A systems (the troublemaker generation). This system dumped the CS (component security) and added a new system called RAW code.

FUN FACT: The troublemaker Gen 3A added CS which is a 56 bit (7 bytes) line of key data.  6 bytes of which can be extracted from the key alone. That last byte has to be done by trial and error. Each entry has to be tried in a method called a ‘brute force’ attack. That simply means you try every possible combination of HEX code until you find the winning combination. So you’d start off with ’00’ then 01, 02, 03, etc.  If you went through every possibility 00-FF that would be 256 possibilities!

The Volkswagen Routan is only in the oddball list due to it being a re-badged MOPAR (Chrysler Group LLC) vehicle. We program keys into these all the time, think of the Routan as a Chrysler Town & Country or a Dodge Grand Caravan as they are basically the same thing with different badges.