Have  you lost your last key or proximity fob to your Nissan or Infinti? Give us a call, we can get you new keys to your car for WAY less than the dealer! It doesn’t matter if your Nissan is old or brand new, we have you covered.

Starting in the late 90’s (1997 to be exact) Nissan and Infiniti started using transponder chip technology to make their vehicles more secure. What that means to you is that your car is much harder to steal and your keys are a little more expensive to make than your standard plain metal keys of old. Many drivers only have 1 key because they called the dealer for the cost of a spare and the price sounded scary.

Our keys are VERY affordable so there is no reason to not have a spare key made asap! 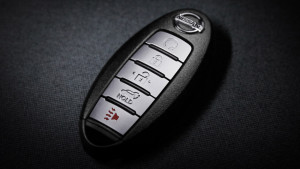 Starting around 2007, Nissan and Infiniti started their move away from physical keys and moved towards proximity technology. These keys are called Intelligent Keys. There are 2 types of these types of systems, Twist to Start (TTS) and Push to Start (PTS).

The twist to start versions were found in the early models. These types got their name due to the twist knob ignition. You would have to physically twist a knob where the ignition would be. If your battery died on your Intelligent Key you could release the emergency transponder key from the housing and insert it into the twist knob to start the vehicle. Note: The emergency key also works the driver’s door lock. 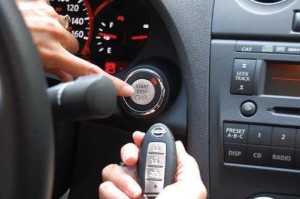 The push to start versions did away with the twist knob replacing it with a button to press to start the engine. With no knob to insert an emergency transponder key into, the emergency key has no transponder chip and only works the driver’s door. 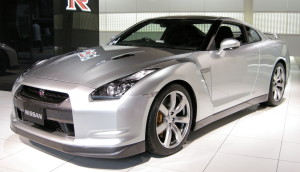 There are a few vehicles in the lineup that are a bit different than the rest of the herd.

We can cut and program keys to ALL of the above vehicles. We are VERY likely to be the only locksmith in Kansas City with the ability to cut the dimple keys for the Nissan GT-R. (Local Kansas City, MO customers only!)

A quick note on Nissan and Infiniti chip programming.

The extremely early chipped models can (and likely should) be cloned as it is both cheaper and faster to create a duplicate. The later models CAN be cloned but it is much more expensive.

When a technician programs in a new key into your car’s computer, you MUST bring ALL keys to your Nissan or Infiniti vehicle. When we (or anyone) programs in a new key, the first thing the car will do is auto-delete its key database. Each key must be re-shown to the car.  Any missing keys are assumed lost or stolen and will be deleted to save space in the computer’s memory.

Your vehicle has a unique PIN number.  The first thing we must do to add in a key or Intelligent Key into your car is to find your PIN number. We have to use that number like a password to gain access into your car’s key learning database.  Our machines can pull these PIN numbers without issue.

FUN FACT: **NERD ALERT** (We love chip keys!) Early models used a standard fixed 4 digit PIN. Starting in around 2003 until roughly 2012 each vehicle had its own unique fixed PIN number.  These 4 digit PIN numbers are decrypted using a unique number found on the body control module (BCM). In fact most techs call these PINs BCM codes.

Starting in 2013 Nissan and Infiniti moved away from 4 digit fixed (unchanging) PIN numbers to 20 character (letters and numbers) PINs that ROLL to something new every time the car is turned on.