If you drive a 2010+ Chevrolet Camaro listen up!  There is a big Camaro Flip Key Recall and it’s a pretty big deal that you get it looked at if you haven’t already.  We have a copy of General Motors Tech Service Bulletin (TSB) # 14294A issued in June, 2014.  This is a direct quote stating the condition: 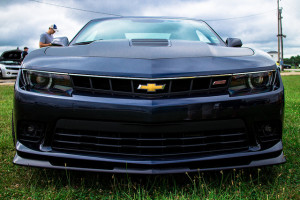 General Motors has decided that a defect which relates to motor vehicle safety exists in all 2010 – 2014 model year Chevrolet Camaro vehicles. There is a risk, under certain conditions, that some drivers may bump the ignition key with their knee and unintentionally move the key away from the “run” position. If this occurs, engine power, and power braking will be affected and power steering may be affected, increasing the risk of a crash. The timing of the key movement out of the “run” position, relative to the activation of the sensing algorithm of the crash event, may result in the airbags not deploying, increasing the potential for occupant injury in certain kinds of crashes. Until the recall has been performed, it is very important that drivers adjust their seat and steering column to allow clearance between their knee and the ignition key.

Seriously guys, there have been several crashes resulting in fatalities.  I have been asked to make spare flip keys for several Camaro owners, and I send them to the dealer to get the new replacement key.  I have the flip keys in stock but I cannot and will not cut or program them for the Camaro.  We couldn’t live with ourselves if it resulted in a crash.  All other flip key vehicles are not under the recall, just the Camaro.

Here is how they will correct the issue for you: 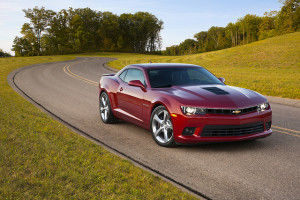 Dealers are to remove the key blade from the original flip key/RKE transmitter assemblies
provided with the vehicle, and provide two new keys and two key rings per key.

The replacement OEM key is part number 23257735.  If you buy this key from the dealer or another online source we can cut and program these for you.  In fact we cut these types of keys for most of the surrounding dealerships in the Kansas City area. Our laser cutting equipment meets or exceeds OEM specifications for ALL keys we cut.

For more information you can click here to view General Motors TSB #14294A in its entirety.