Have you lost your last key to your Ford family vehicle? The main Ford family vehicle brands are Ford, Lincoln and Mercury.  Other car manufacturers such as Aston Martin, Jaguar, and Land Rover also had a loose connection to Ford. We can make you fresh keys and get you back on the road for a great price. Did you know that we cut and program chip keys? If you’ve lost your last key or if you simply need a spare key to your car, we can handle it! You aren’t forced to pay dealer prices, give us a call today and ask for a quote.

Ford began integrating their transponder keys and remotes together in 2007 with many vehicles.  Starting in 2009 Ford introduced their first PEPS (Passive Entry Passive Start) key and begin to bring proximity to a larger amount of their vehicles in 2011 with their Intelligent Access (IA) keys.

Fun fact: It’s a little known fact that you can still program in the older style remotes and regular transponder keys for a cheaper price! 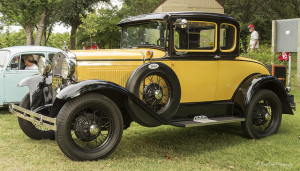 Ford has a long and rich history. There are many classics still being bought, sold and restored today.  Although we don’t carry the original factory key blanks (anymore) we can still make factory code cut keys and standard duplicates on the modern generic equivalent key blank.  If you have lost your last key to your Classic Ford family vehicle, we can make you keys again!  If you have bought a new lock online and would like it keyed to the rest of the vehicle, bring it to us!

There are a few vehicles in the line up that didn’t quite follow the same rules as the rest of the herd.

Ford, Lincoln and Mercury vehicles (usually) allow you to program in duplicate keys yourself if you have 2 keys that currently start the vehicle.

Repeat this procedure for each new key you want to program. If you do not have 2 working keys you we will have to program new keys with our key programming computer. Currently we can program keys into ALL Ford, Lincoln and Mercury vehicles from 1996 – 2013. Some 2014 models have moved to a new system and will require a dealer tool.

NOTE 1:  Ford’s first transponder system referred to as the PATS 1 system program in slightly different as well as the 1997 Lincoln Mark VIII.

NOTE 2: This procedure cannot be completed with a key that was cloned from the other key used in the process. Cloning is a process of copying the digital information in your original key’s chip and pasting it on to a suitable emulator. You MUST show the car 2 already programmed keys with different values.